Here are my Top 10 reads for the year in no particular order :

The Historical Fiction Challenge 2011 is hosted on Historical Tapestry. The guidelines are as described below :

I signed up for the Daring & Curious Level. The books I read for the challenge are :

Mainly this is because of the different creatures that Nin meets throughout the book. While I don’t find Nin herself particularly interesting, those she interacts with in the world of the Seven Sorcerers certainly are. And it was certainly intriguing how some of the most beautiful creatures were among the deadliest. I especially liked how the ones who are most helpful towards Nin are also those usually associated with being the bad guys. My favourite characters surprisingly was a mud man and a bogey man. Besides this I thought it very cleverly done that a number of characters aren’t truly black or white.

Another reason I’m curious about this one was the mystery of the dying land. What is the plague that is kiling the Fabulous and their world ? What part has Nin and her friends to play in this ? What did the Seven Sorcerers do to escape their demise ? Although I didn’t get all the answers I was looking for, I certainly had fun trying to figure them out.

My conclusion : Definitely worth a read. Fantasy readers looking for a lighter fare should try this out.

Review : The Pack by LM Preston


Book Review of The Pack.
The Pack was an okay read and was certainly a huge improvement over Explorer X-Alpha.

While the occasional typographical errors and stilted conversations do pop up, these seem to be limited to what would be considered the more emotional scenes. Which of course lessens the impact of the story. Still, it was an interesting enough read.

The parts I liked had more to do with Shamira’s investigations and how the former victims of the crime organisation bands together to help others in a similar predicament. It was certainly fun to try and figure out the mystery of how Monev is managing to take over Mars. Even to see if I could figure it out before the main characters.

What I didn’t like was the heroine herself. Although her behaviour is supposed to be a cover to protect a vulnerable heart, she just comes off as an arrogant and spoilt know-it-all. For the life of me, I couldn’t understand why her new found friends put up with her. The idea that they liked her was absolutely unbelievable. However, compared to the other characters she is at least recognisable as an individual. The other characters need more work on their personality before they appear to be more than copies of each other.

My conclusion : This book isn’t one I’m planning on re-reading and while I’m curious about what comes next, I’m not interested to purchase it. So, I’d suggest borrowing the book for a read if you’re interested.
Read another review on the book by : 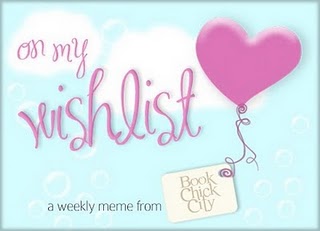 Do you have any books that you desperately want but haven't bought yet? The books can be old, new or forthcoming.
***

How did I do for my challenges?


For 2010, my goals were to read as many books as I could in genres I know I enjoy. But for 2011, I'm trying to encourage myself to diversify my reading.
Posted by Unknown at 9:00 AM

Thursday 13 #6 : My favourite pictures from my September trip

Choose a theme. Then list 13 things that fit that theme.
***
Here's a selection of my favourite pictures taken during my weekends spent in Penang. 
Book Review of Pride and Prejudice.
Pride and Prejudice remains my favourite Jane Austen novel. This is the only book I’ve ever re-read 5 times in a row the first time I picked it up. And no matter how many times I’ve re-read it since, I still love it.

There are really just 2 main reasons for this. The first are the characters. I enjoy them all especially the sillier ones. I can never quite decide who is the more ridiculous and funny. The things they say and think are so absurd that it’s hard to dislike them even when they are behaving abominably. The story and characters just leave me with a warm feeling until the end.

The second is of course the main characters, Elizabeth and Darcy. It was rather lovely to read how they progressed from dislike to love. I like that Darcy isn’t attracted to Elizabeth because of her looks but because of her personality. He doesn’t see her as beautiful until after he is in love. And once in love, proofs more than once how important Elizabeth’s happiness is to him. Vice versa, I also like that Elizabeth only falls in love with him after he earns her respect and gratitude.

My conclusion : An absolute must-read.
Want to ...

Which versions of Pride and Prejudice below have you seen ?